Seeing as I did a wonderful job of not posting a single post in 2015, I figured I’d start 2016 with 2 posts, and one of which ought to be a year in review.

At the top pf 2015, I was getting some traction with the financial stability, exiting the tails of a traumatizing later-2014, and was playing some tangos, some jazz, and some classical music. Around the New Year, I had my first gig performing with Marina Christopher, which quickly made itself apparent that there was going to be a bunch of musical fun in this year and gave creation to Duo Michma. Also around the New Year, Amy Denio and myself, drunkenly late one night decided to compose some music for a set ensemble, and that sparked off the large-format, 16 piece Ancient Present reading session, which would become a monthly event for the next half-year. Around the time this came to a conclusion, in August, I was on Orcas Island with Sara Thompsen and Jennifer Bruner, who suggested I reach out to Mirta Wymerszberg. With also similarly good luck, shortly after our first jam we were booked for a gig and ended up creating Sol Del Noche, our tango duo. The last of my musical collaborations, which has been a long time coming, developed in November with Andrew Joslyn, for the case of playing some holiday music together.

2015 was a year of great musical beginnings, and also the beginning of some returns. In September, I transitioned from being Secretary with the Seattle Composers Alliance into the position of Executive Director. In December, I finally released my first record, Easy Moods, which is a task I actively set out to accomplish in 2011. The earliest of those recordings dates back to Spring of 2014, and the most recent if taken from this past summer. It’s been very educational and challenging along the way, and the result is that I feel that now, more than any other time in my life, I am finally gaining a sense of clarity and strength in my abilities as a musician, and a way seems to be presenting itself.

Music is so magical.

After the ‪#‎doublegigday‬ I went to grab a bottle of water while waiting for the bus. The gas station attendant, noticing my guitar, asked me to play a song, so I did, for which he discounted me a dollar. There were 2 cops hanging around, who were enthusiastic about the music and started tipping me.

Then, the gas station attendant started telling me about how he came here from India on a student visa, which he secured through being a professional singer. He showed me videos of himself, videos of his teacher, and then he told me to accompany him! I told him I had to catch a bus, and then the cops said that if it was a problem, they’d be happy to give me a ride home.

So we began to play, and the cops continued to tip, and the cops and I went on our way. They are apparently big music fans, and so we talked about that a bunch and I turned them onto Mulatu Astatke. We drive around for a while, and then we eventually made my way way home. We had so much fun, we took some selfies!!

And my roommate was a grump, as usual, so he threw a wet blanket on me- but- my students have taught me very much lately to just Shake It Off. ‪#‎music‬‪#‎ftw‬

Hey folks! I’d love to see you at some of my upcoming gigs this month:

12/11- Warming up Pioneer Square with Delilah Beaucoup at Cafe Paloma, 7-10

12/12- Back at the Milagro Cantina, throwing some tune-dice with Anna Boydon violin. I will not be on violin, but on nylon-string guitar.

12/13- Chicharra Tango will be playing at Dance Underground in Capitol Hill. The milonga starts at 7:30, lessons available beforehand for those who’d like. I will be performing on the nylon guitar and also singing some tangos.

12/18- I am so incredibly proud and honored to be premiering a piece I have composed and arranged for the Seattle Rock Orchestra‘s chamber orchestra, on which I will be singing. This show starts at 8 at The Chapel at the Good Shepherd Center. More info here:https://www.facebook.com/events/326700337501955/

12/20- I will be performing some jazzy lil’ arrangements of holiday tunes for electric guitar at the Castillo De Feliciana Vineyard & Winery – Woodinville Tasting Room 6-9.

12/31- I am uncertain as to wether or not I’ll be playing, but I’ll be sure to keep you posted. And if there’s anything dope going on, let me know.

“i promise to never take from an art, a scene, a place, an inspiration. i promise to only do my best to learn it’s roots, respect it and add to it”

School is almost over. 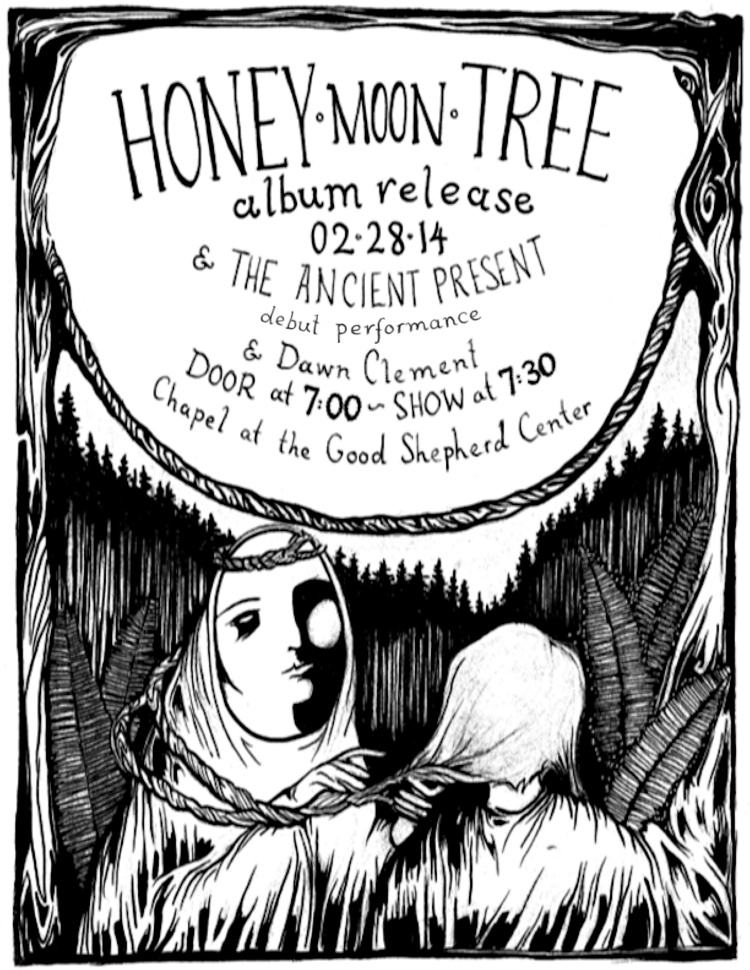 Happy new year, internet world, and sorry for the silence. I’ve struggling beneath the weight of school, and I’m becoming stronger, but it’s also becoming heavier. I won’t go into too much detail with the happenings, but I can say this about my work in music:

February 28th at The Chapel at the Good shepherd Center, Seattle, WA: I will be premiering a sweet of chamber works with my ensemble, The Ancient Present, and will be sharing the bill with Honey.Moon.Tree. (who is having their album release party) and Dawn Clement. Doors at 7PM. Bring a crew, it will be very rad.

My thoughts this afternoon.

I look at the news and I see signs of grave sickness. People, the world we live in and the world we are creating is very ill. Unless we prioritize a more balanced and harmonious, wholistic life and world within our day to day life, the space for it will continue to shrink.

Aside from the immediate tragedies in the headlines, and the social and economics tends of the past half century or so, my concern is that unless we act now to restore our liberties, our rights, and assume a greater agency in our own lives, we may loose that blessing for generations, or maybe ever. We are a young culture with very much promise, but failing to embrace the fullness of that responsibility and are failing to recognize the uniqueness of it.

Our 1st world issues are the masquerade of our prescribed social narratives, while in truth we are searching for some way out of our masks to see more clearly the world beyond our own. We are seeking catharsis and healing, but we are bound by our confusion and self-dissociation that we have been taught to practice.

This cage the place they come to stay safe
My ribs are a sanctuary for secrets
I am an outsider still
They come to me, it seems this is where we belong

I am someone without a face to claim
My my name, my name is mine.
Michaud Savage.
I stand, a king of stones, a master of solids.
Animal, man, mineral

Someday, someday, someday and not a day too soon we will find each other
And these wayward spirits whose safety I foster,
Your light will bring them to their bodies
And maybe I will have a place I belong.